Michael Roberts Associates has provided sound financial advice to clients in Central New York since 1990. Located in East Syracuse, we pride ourselves on offering personalized service to our clients. Not just in financial consulting but in all our support services, too. Your account is important to every single employee at Michael Roberts, and you will be treated professionally and courteously every time we meet. That’s our promise and our practice. 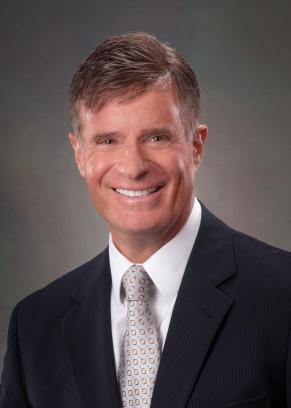 Neil joined Michael Roberts Associates in 1992. He is a recognized and experienced speaker on the subjects of estate and retirement planning—and has appeared on the PBS television program Financial Fitness. Neil earned his CERTIFIED FINANCIAL PLANNER™ certification in 1994. Prior to joining Michael Roberts, Neil worked at the Strauss Agency and the Prudential Financial Company, both located in New York City. He holds a BA in economics from Cornell University. Neil lives with his wife and two children in Manlius, New York. 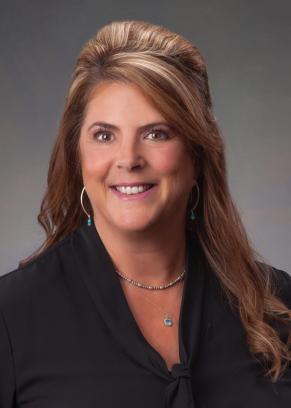 For more than 30 years, Rachel has made a career of helping people. As a partner and branch manager/registered principal at Michael Roberts Associates, Inc., she is often the first person to whom clients turn when tragedy strikes. Whether a client receives a life-changing health diagnosis or when a family member dies unexpectedly, Rachel is there to fix problems and to offer calm guidance and support.

Because of the relationships Rachel has built with her clients, “they think of us before they think of their attorney or their accountant,” she says. “Every case is unique, especially with the loss of a loved one. I console a lot of distraught people.”

An example of Rachel’s work involved a client who died suddenly while working for the state of New York. His widow was unable to receive his pension because he hadn’t retired. “We had several calls with New York State because there were some complexities with the way the life insurance and benefits were paid out by the state. In the end, the process took a year and a half, but we finally got her retirement benefits and his pension flowing.”

As a teenager growing up in Pennsylvania, Rachel had envisioned going into medicine. “I thought I would be a physical therapist. I worked as a volunteer at a hospital, lifting people on and off the chairs and wheeling them around. I knew I wanted to aid people.” While in college at Lehigh University, she considered going into the legal field and majored in government and prelaw.

During her senior year, however, she interviewed with Chase Manhattan Bank and was accepted into their management development program. “I learned a lot about finance while at Chase and discovered that I liked it.”

Eventually, Rachel became friends with Neil Hoyt, who offered her a role when he was expanding his financial planning practice. “That was February 1997, and I have been here ever since.”

Given her roundabout way of getting into the financial planning business, Rachel understands why many people hesitate in getting their finances in order. “I'm a big proponent of financial literacy, getting people educated about the whys and hows of investing, and taking the fear out of it,” she said. “We work hard at bringing the personal touch to something that is very anxiety provoking for most Americans.”

Currently, Rachel and her team advise assets of more than $474 million* for 436 households. Many clients refer Rachel to their family and friends. “We have not only multiple generations but also brothers, sisters, aunts, uncles, cousins,” she said.

Outside of work, Rachel is active at Dewitt Community Church and enjoys volunteering at the Samaritan Center and Clearpath for Veterans. She’s also musical, playing the clarinet and recorder and singing in her church choir. And she’s a competitive athlete. “I did a triathlon in 2011 and I shot a 78 in golf in April 2020.” Rachel and her husband live in Syracuse and have two grown children, a dog, and two cats. 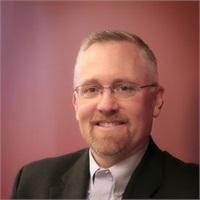 Jeff joined Michael Roberts Associates in 1991. In 1997, he earned the CERTIFIED FINANCIAL PLANNER™ certification. He is a past member of the CNY Chapter of the Financial Planning Association and the board of directors for the CNY Estate Planning Council. As a guest, he has made special appearances on the WCNY's Financial Fitness program. He holds a BS in finance from Alfred University. As a volunteer for the local Red Cross, Jeff sits on the investment committee. Jeff lives with his wife and two children in Baldwinsville, New York. 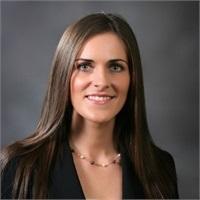 Sonnet is a partner and a CERTIFIED FINANCIAL PLANNER™ professional with Michael Roberts Associates. She has been working with individuals and business owners located all over the country since 2005, providing sound advice and service for all of their financial planning needs. She obtained her BA in economics from Bryn Mawr College, in Bryn Mawr, Pennsylvania.

Sonnet believes that life should be at the center of the financial planning process. Assisting her clients as they pass through each phase of life and helping them to work through and anticipate transitions is what she does best.

As a CFP® professional, Sonnet has completed the extensive training and experience requirements and is held to rigorous ethical standards.

In addition to being passionate about her practice, Sonnet is active in the community. She is consistently recognized for her financial expertise as she is a frequent contributor to CNY 55 Plus, a magazine serving active adults in the Central New York area.  Sonnet serves on the board of the Financial Planning Association of Central New York and is also a member of the Central New York Community Foundation Professional Advisor Council.  Sonnet has served on the ARISE Foundation board of directors and is a past member of the University Neighborhood Preservation Association, having served as treasurer and as a member of the executive committee. Sonnet is a native of Cazenovia, New York.

Paul was raised in Kenmore, New York. After graduation from college, he spent the next 32 years in education as a teacher and school administrator. Upon retirement from education in 2001, Paul embarked on a career as a financial consultant. He began his second career with a major wirehouse. Then in 2005, he joined Michael Roberts Associates and retired at the end of 2021. He resides in Baldwinsville, New York, with his wife and enjoys time with his children and grandchildren. 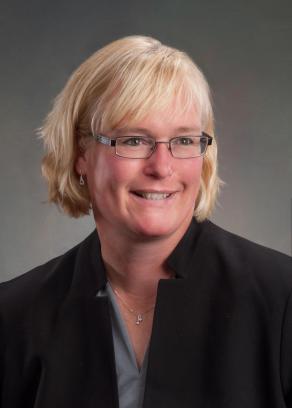 Michelle joined Michael Roberts Associates in January 2006 as a registered financial associate. She works as a direct client service associate with Neil Hoyt and Rachel Roney to provide excellent customer service to clients, assisting them with account inquiries, prepping paperwork, and scheduling appointments.

Michelle graduated from Onondaga Community College with a degree in business administration and holds FINRA Series 7 and 63 securities registrations. She and her husband, Dan, live in Bridgeport with their twins, Richard and Grace. Michelle volunteers with the National Great Pyrenees Rescue as an adoption and NYS foster coordinator and is an avid gardener, who keeps the Michael Roberts staff supplied with fresh vegetables at harvest time. 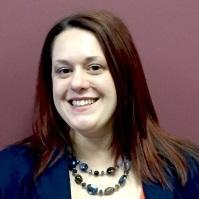 Bethany joined Michael Roberts Associates in December 2015 as a client service and compliance specialist. She works as a direct assistant with Jeff Klein and Sonnet Loftus to provide excellent customer service to clients, assisting them with account inquiries, prepping paperwork, and scheduling appointments. She also assists with compliance administration for the branch.

Bethany is a graduate of Onondaga Community College with a degree in humanities and holds a notary public. She comes to MRA with 10 years of experience in banking and insurance and is currently studying for the FINRA Series 6 securities registration. She and her husband, Axel, live in Syracuse with their four children: Axel Joseph, Isabella, Sophia, and Nico.

Besides being a busy mom who loves baking and toting her children from baseball, basketball, and soccer, Bethany is avidly involved at Most Holy Rosary Church and School, where she is an active member of the Taste of Strathmore committee and the Children’s Liturgy. 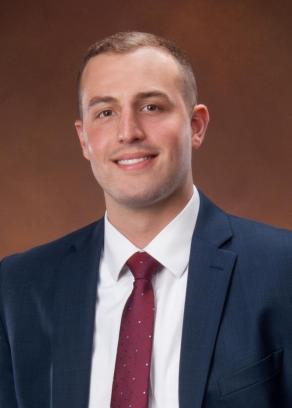 Shane joined Michael Roberts Associates, Inc., in 2020 as a wealth management assistant. As a member of Neil Hoyt and Rachel Roney's team, Shane’s focus will be on assisting advisors with portfolio construction and research, financial planning, and client service.

Originally from New Jersey, Bob moved to Central New York and became a licensed broker with a local investment firm in the mid-1970s. His experiences and vision brought him together with Bob Cuculich and another partner to start Michael Roberts Associates in 1989. Since then he has become a recognized expert and speaker on the subjects of tax advantage systems, appearing numerous times on WCNY's Financial Fitness TV program. Bob lives with his wife in Liverpool, New York, and is surrounded by their children and grandchildren. Bob retired from Michael Roberts Associates in October 2014.